Background:
Users get overwhelmed with the amount of information presented on screens, as well as optimizing their productivity to screen ratio. How might we reduce UI cognitive overload for early career creatives for a more natural computing experience?

I come back to my desk and workstation after a lunch break. Flipping up my laptop monitor and greeted with a flurry of screens and a myriad browser tabs, I can't recall exactly what I was doing.

This scenario is not unique to me and plagues the majority of any user that has touched a modern computer. Things get lost in between a million tabs, and these tabs get lost among a million open applications.

A series of six semi-structured user interviews formulated into three focused themes:
‍
1. Users feel that multitasking is necessary in today's workspace
‍
2. Users want a reset button or quick access to organization tools without having to restart their computers
‍
3. Users have difficulty remembering where to find specific information

- "Things should be separate, it's jarring to be stuck to a screen and rehab into reality and back again" 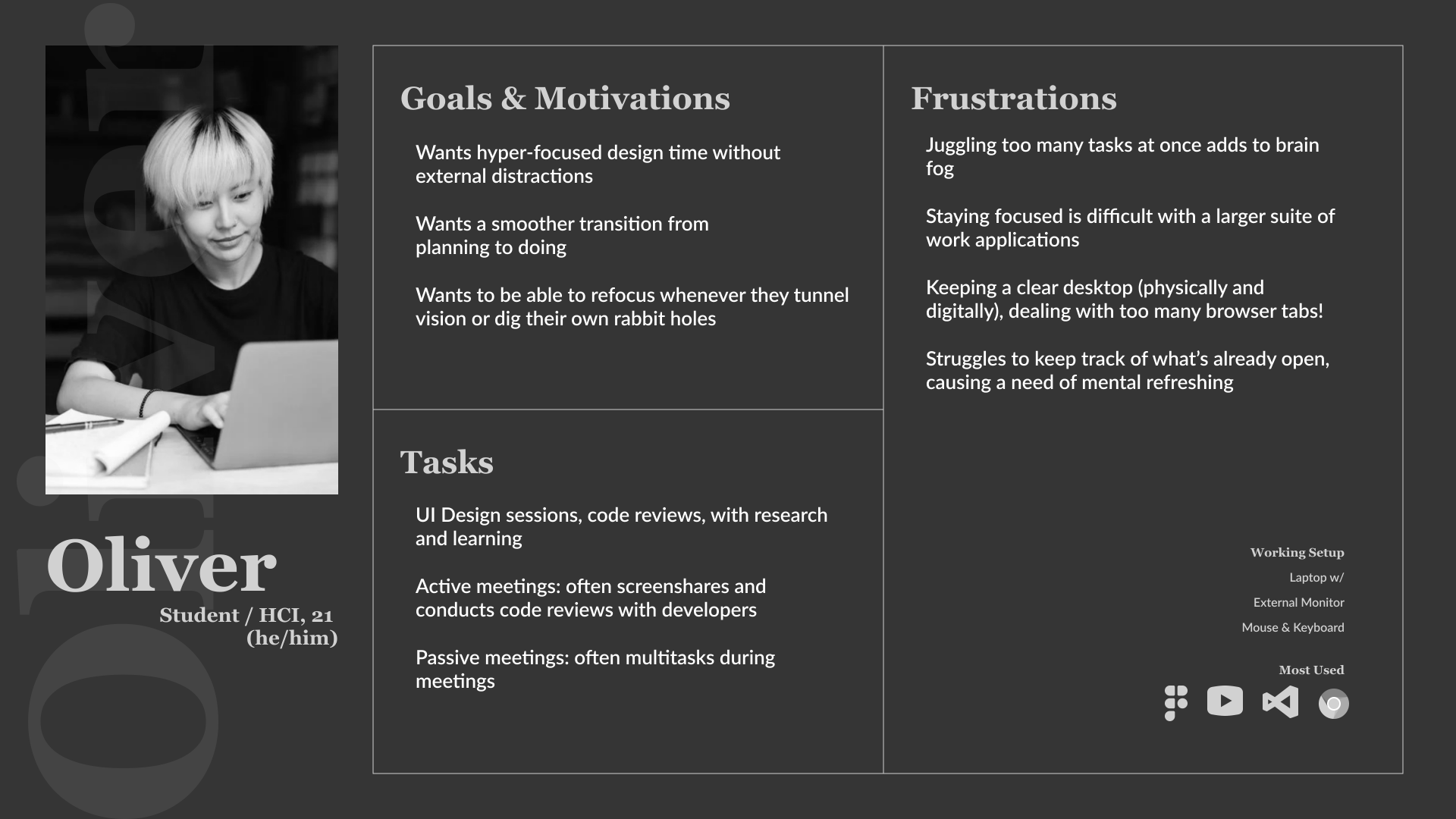 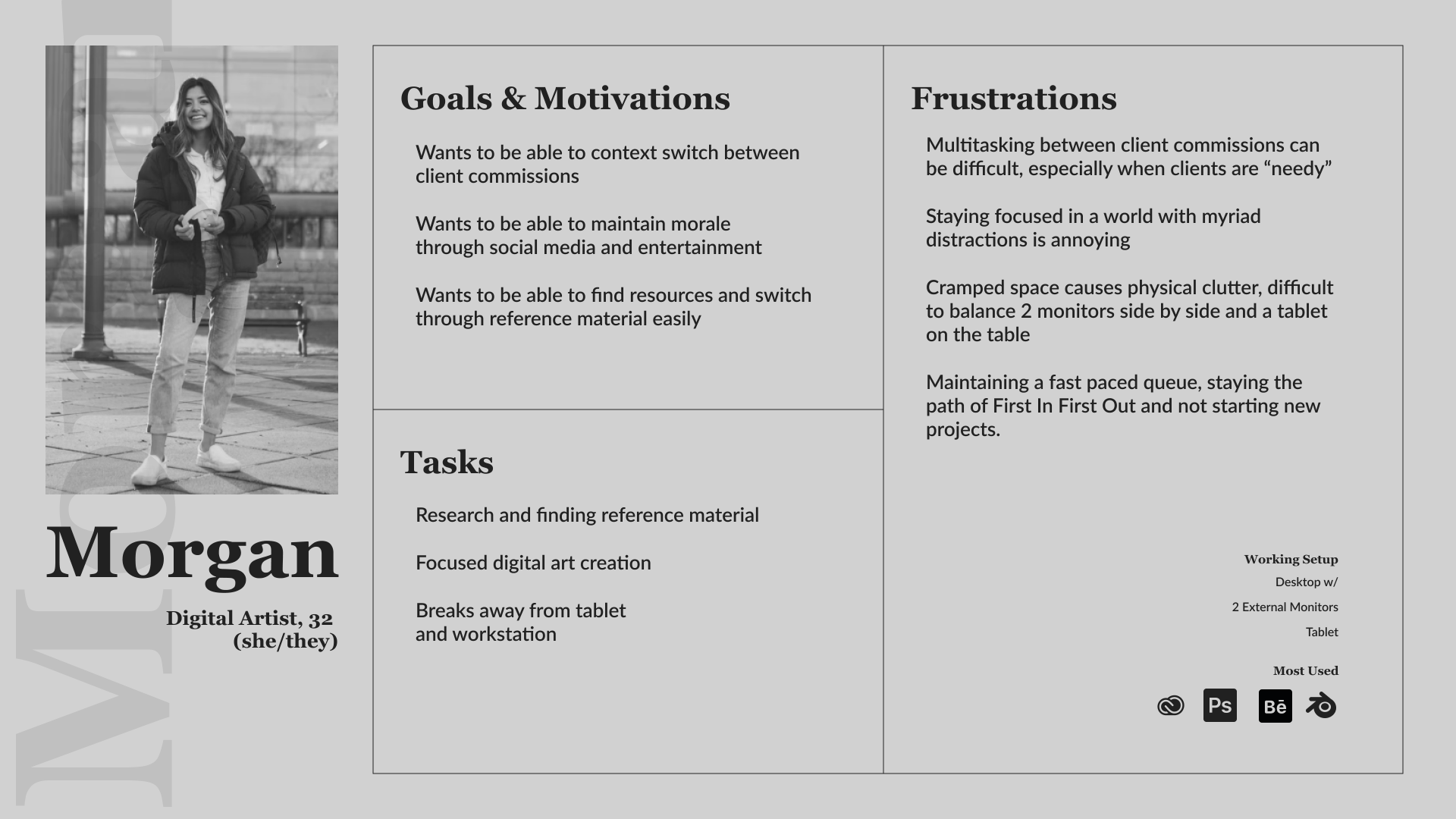 ‍“So let’s say you have the task of cleaning up your desktop. This can use AR/VR, or anything you think of - it just can’t use a traditional mouse and keyboard. Walk me through what that could look like for you.”

Test conducted with 3 users. The solution best received involves Voice with a digital set up and onboarding process.

‍This flow is meant to get buy-in as technology shifts cannot be jarring and users need to grow comfortable with voice technologies and need more hand holding rather than jumping straight into interaction.

Given more time, I would conduct further research on language processing to develop and design for varying degrees of English speaking people, as well as the potential to break into other languages.

Obscuri currently is design for Windows desktop environments. I would like to test with more users across varying operating systems to see opportunity to expand and become increasingly accessible to different workstation setups with varying monitors, devices, and operating systems.

Early on in my discovery design phase, I was given the advice to keep the solution technology agnostic. Internally, I immediately thought, "is it not obvious that AR/VR is the solution?".

Yet, without conducting the Roleplaying exercise and building that scenario, I never would have arrived to the answer of voice UI by myself. These users already have cultural or personal exposure and experience to voice with Siri, Google, and/or Alexa.

It is easy for me to confirm the success of my isolated research and prototyping implementations; however, these tests may not encapsulate the entire story. I would love to conduct more research methods via ethnographic studies and develop an even deeper philosophical understanding of what it means to interact with machines.

[1] What Is Information Overload?” The Interaction Design Foundation, https://www.interaction-design.org/literature/topics/information-overload.

Shoot me an email at schawnery@gmail.com